Legislative Update For the Week of May 9th

The 2022 legislative session wraps up on May 23 and in the remaining week legislators will rush to complete four months of work. Late Sunday night an agreement was reached by Governor Tim Walz, Senate Majority Leader Jeremy Miller and House Speaker Melissa Hortman on spending and tax issues. They have agreed to use $4 billion of the projected budget surplus for tax cuts, $4 billion for spending increases and save $4 billion for a possible recession. The deal provides for $1.6 billion in spending and tax cuts in State Fiscal Year 23, which begins July 1. For the following biennium that begins July 1, 2023, they agreed to spend and cut taxes by $2.4 billion. It is believed that K-12 education and health and human services programs will split the bulk of the new spending, with public safety and other programs getting the rest.   Conference committees will have to negotiate fast and complete their work by mid-week so staff have time to prepare the final bills for floor consideration. The final deal reflects a big compromise between Senate Republicans, who wanted bigger permanent tax cuts, and House DFLers and Governor Walz, who wanted more spending.

Republicans endorsed former State Senator and physician Scott Jensen on Saturday at its state convention held in Rochester. Jensen is seeking to be the first Republican elected statewide since 2006 when Tim Pawlenty was reelected Governor. The endorsement fight was heated and Jensen will have work to do to unite the Party. There were also spirited contests for the endorsements for Attorney General, Secretary of State and State Auditor, which may also result in primary races. The DFL state convention will be held next weekend, also Rochester. Unlike the Republican convention, the DFL convention will be a coronation of the DFL incumbents holding statewide office who face no opposition in their endorsements.

Legislative Update For the Week of May 2nd 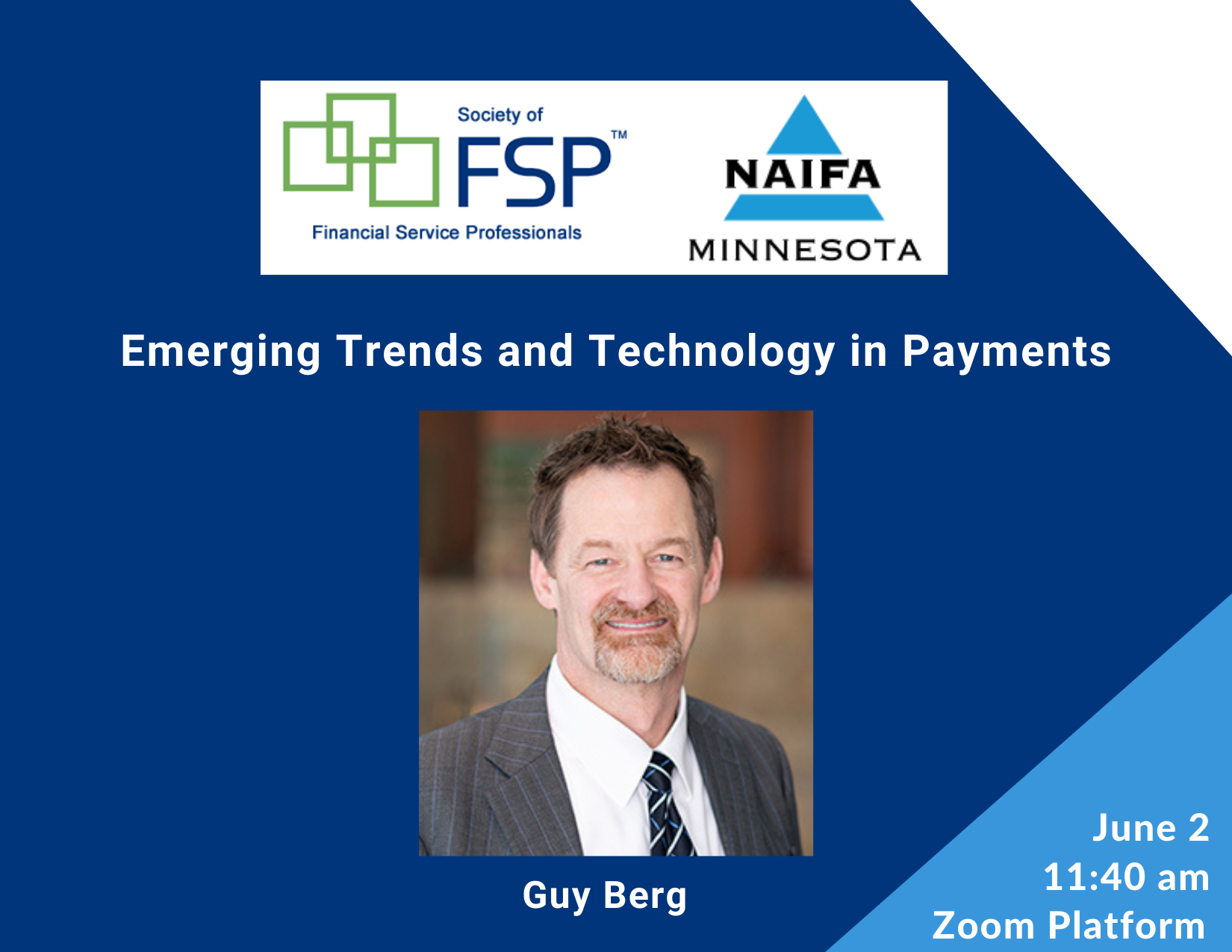 Emerging Trends and Technology in Payments